On Saturday 22 October 2016, Universities Ireland, the all-island coordinating body for Ireland’s ten universities north and south, organised a major conference at the Conference and Events Venue at Dublin’s Mansion House entitled ‘Historians on 1916.

Following the wave of commemorations on Ireland’s two great foundation narratives, the Easter Rising and the Somme, this conference brought together historians as practitioners to reflect on what has passed in this monumental year of commemoration.

The event featured keynote addresses from leading historians from across Ireland and Britain and with panels specifically addressing class and gender. 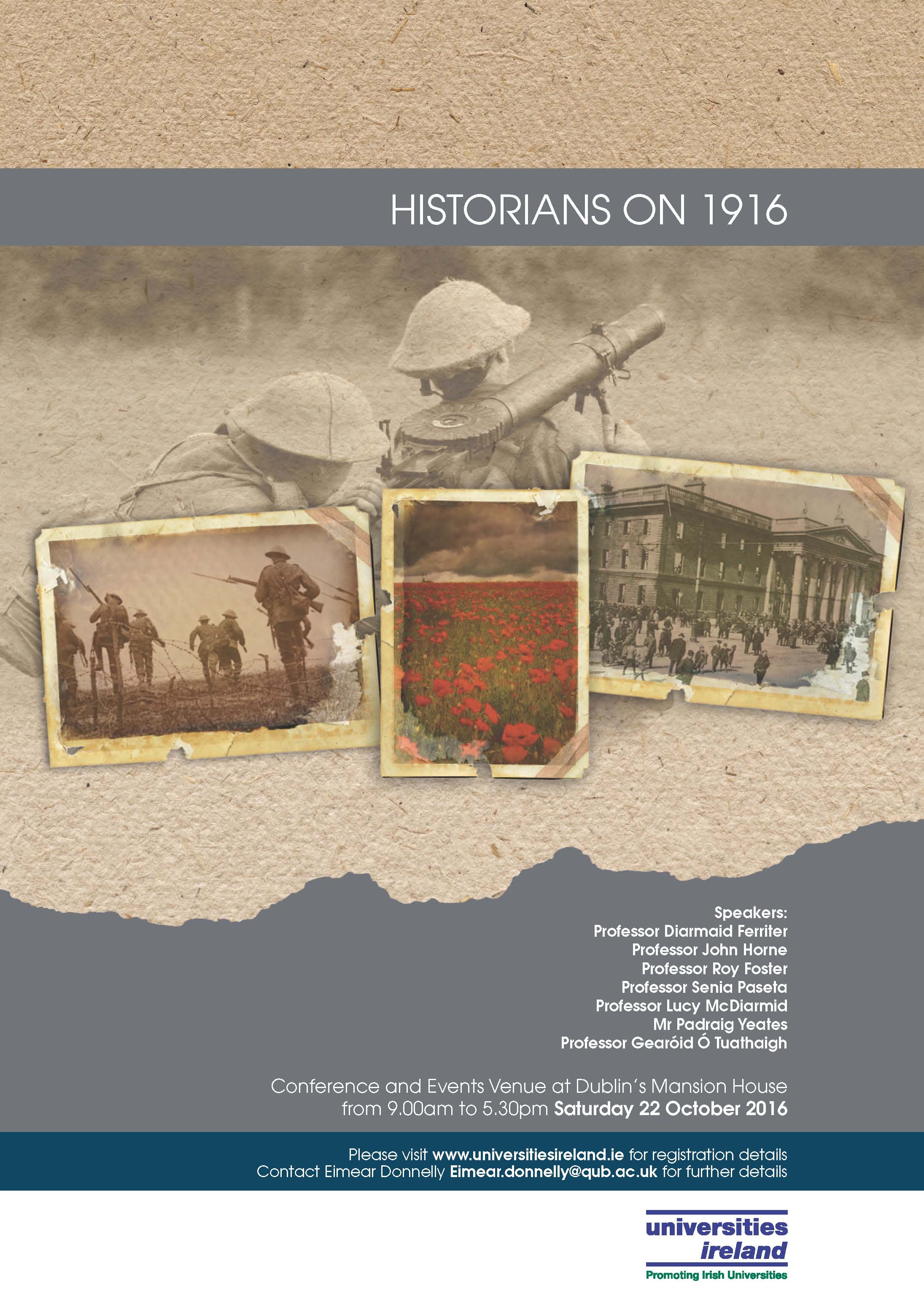