On 7 November 2020, Universities Ireland hosted the ninth annual Decade of Centenaries conference and its first online iteration of the series. This year’s conference explored the themes of state formation, political violence, and civil disobedience with a focus on the year 1920.

1920 witnessed important legislative developments which shaped the formation of Ireland’s two polities North and South. The central legislative advance that year was the drafting, passage, and enactment of the 1920 Government of Ireland Act. This legislation was the first to propose a two-jurisdiction solution to the ‘Irish question’ setting up a Parliament of Northern Ireland and a Parliament of Southern Ireland. The Act was passed in December 1920 and laid the foundations of a self-governing Northern Ireland. The political experiment that was ‘Southern Ireland’ was dead in the water by the time elections were held in May 1921. In the South, Dáil Éireann grew in its power and remit during 1920 as it transformed itself from a revolutionary assembly into a state in waiting.

State formation entailed more than legislation however, and the conference  also explored the literary output of Irish writers in 1920 as a generation imagined the new political, personal, and poetic realities unfolding on the island of Ireland and beyond.

Levels of violence rose sharply in 1920. While the degree and types of violence varied across the island, the largest single category of victims throughout was civilians. Among the themes explored will be gendered violence and the degree to which women were targeted by the Crown forces and the IRA. The conference will also examine how the war on the ground evolved from a pattern of combatants targeting individual opponents to larger and more complex engagements. In Belfast, communal violence escalated to unparalleled levels, with consequences which still resonate today.

Differentiating between military activity and civil resistance to British Rule is problematic. For instance, it was the success of the Dáil loan that financed IRA activities, while the latter enforced the judgements of Dáil courts. But it was the often neglected activities of local authorities, cultural and sporting organisations, and above all the Labour movement that made Ireland ungovernable.

This year, Universities Ireland was hosted the Decade of Centenaries Conference online. This is both a contingency in response to the global pandemic and was also an opportunity to reach new and wider audiences as part of our remit to bring audiences from North, South, and further afield together in the shared pursuit of historical understanding. 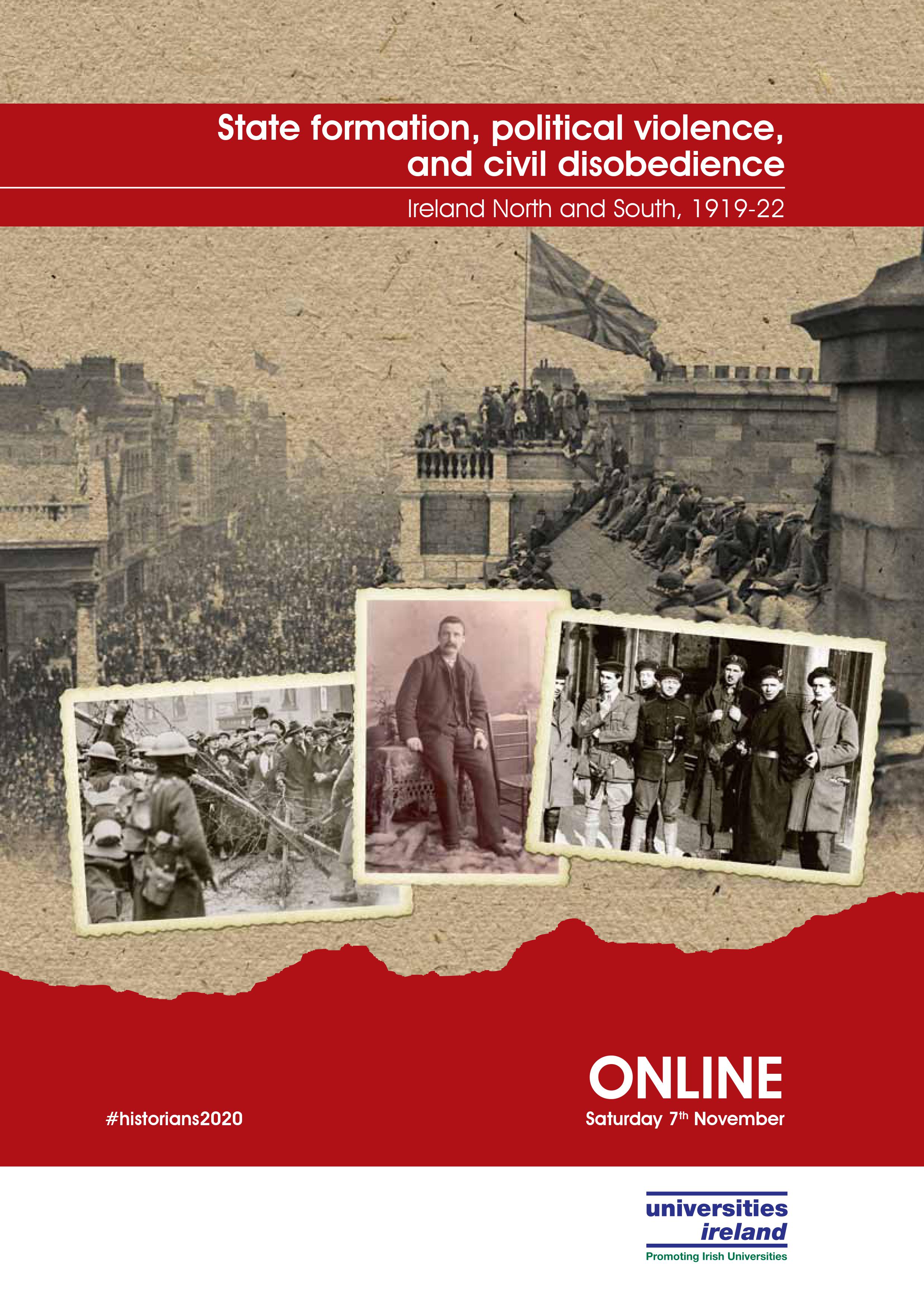