On 18 Novemer 2017, Universities Ireland, the all-island coordinating body for Ireland’s ten universities north and south, hosted the 6th annual conference in its Decade of Centenaries series. Following on from last year’s ‘Historians on 1916’ conference, the focus of this year’s session was propaganda and mobilisation. Following the 1916 Rising, Irish politics underwent a period of profound transformation between the summer of 1916 and the winter of 1918. A major element of this was the metamorphosis of the 1916 Rising from a military failure into a successful foundation narrative of a reconstituted, republicanised, and revolutionised Sinn Féin. Much of this work was undertaken by female activists within Cuman na mBan and the wider republican movement and subsequently by released republican prisoners.

Transformative Irish by-elections punctuated the period under consideration but there is much more to the transformation of Irish politics than elections in a phase which witnessed martial law, food scares, moral panics, and the constant spectre of conscription being extended to Ireland.

A propaganda war was fought between advocates of constitutional and physical force nationalism as well as between recruiters for the Crown Forces and the Irish Republican Army during this period. The efforts of Irish republican activists between the capitulation of the Easter 1916 rebels and the General Election of 1918 can be viewed through the prism of mobilisation. Likewise, British wartime propaganda in the same period intensified. This was a time when Ireland was unique within the United Kingdom by virtue of its exemption from conscription. By taking the themes of mobilisation and propaganda, this conference sought to explore the shifting dynamics of Irish society and politics during a period that is often eclipsed by the prominence of the Rising at one end and the War of Independence at the other. In between these two major military events was a battle for hearts and minds, a clash of ideology, and the daily struggle of life in wartime. Socially, politically, and culturally, this year’s Universities Ireland Conference explored the complexities of this often-overlooked yet highly significant transitional phase in the long history of Ireland’s revolutionary decade.

All of the presentations as well as the recordings of the speakers are available below.

Ailbhe Rogers – The welfare of Irish political prisoners in Dundalk Gaol in the aftermath of Thomas Ashe’s death, Oct 1917 – Jul 1918

Ida Milne – The German Plot and the 1918-19 influenza pandemic, a perfectly Propagandic disease

Leanne Blaney – Cars, canvassing and conveyance during the 1918 General Election

Shane Browne – The National Volunteers: the power of political notables in mobilising the masses? 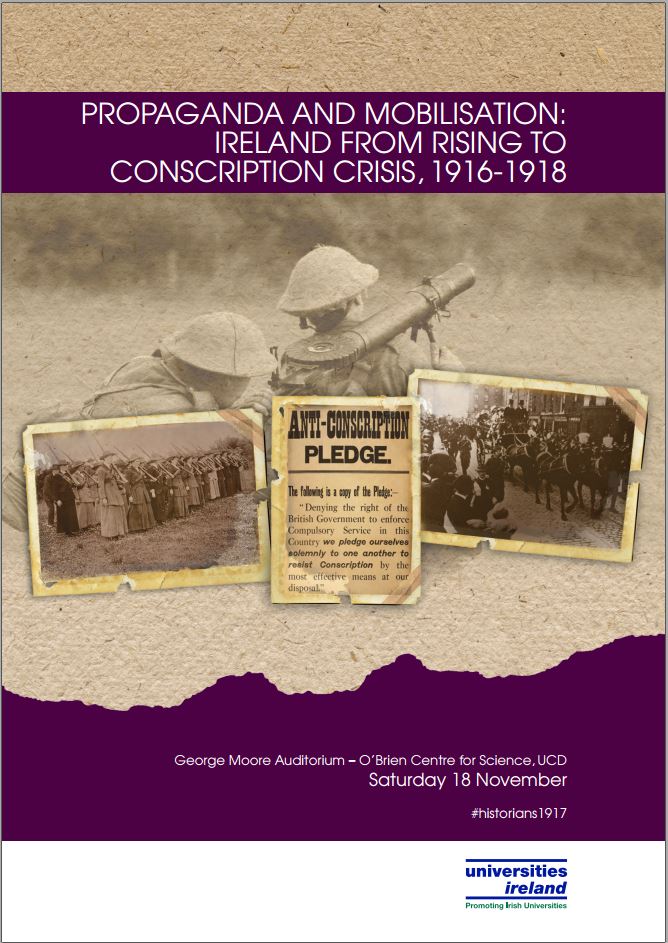