UNIVERSITIES IRELAND was founded in 2003 by the nine university presidents on the island of Ireland to promote and develop cooperation between their institutions (the Open University in Ireland became its 10th member in 2011, with TU Dublin joining in 2020). Since its founding, UI has engaged in a wide range of activities of mutual interest and benefit including work on the promotion of Irish universities abroad; awarding of joint degrees and transfer arrangements between universities; and higher education policy.

Universities Ireland brings together at the highest level the academic and administrative leaders of all the universities on the island. They have themselves identified the need for an all-island structure through which they can cooperate on issues of higher education policy and also to act together to influence change such as supporting peace and reconciliation through e.g., the Universities Ireland Historians Group, or by collectively supporting placements in Ireland for international scholars at risk. The Universities Ireland scholarships and bursaries programmes support post-graduate mobility and shared academic exchange on an all-island basis.

As a network of all the Universities on the island of Ireland, Universities Ireland provides a unique structure within which the Universities can liaise at the highest level and through which there can be North-South cooperation that adds value to the education systems on both sides of the border. Through Universities Ireland the institutions cooperate on a wide range of issues related to higher education policy as well as to act jointly, for instance to support the Scholars at Risk programme, and to encourage cross-border mobility for post-graduate level study. In addition, the activities of the Universities Ireland Historians Group, have made a significant impact in recent years through the all-island conferences on the theme of “Reflecting on a Decade of War and Revolution in Ireland 1912-1923”; the PhD bursary programme and support for the digitalisation and ‘repatriation’ of military records to PRONI and the National Archives.

Universities Ireland is managed by a Council comprised of the ten Presidents/Vice Chancellors. Other work is undertaken by academic and other staff and students as appropriate – e.g. conference presentations and planning. The Centre for Cross Border Studies provides the Secretariat for Universities Ireland. 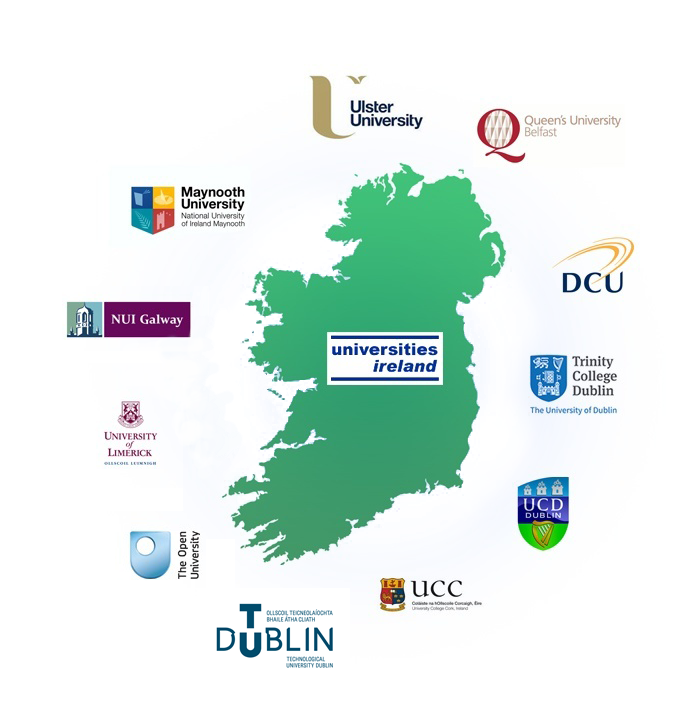