Universities Ireland sponsored the third in a series of conferences to commemorate the centenary of key events in the history of modern Ireland ranging from the Ulster Covenant, through the First World War and the 1916 Rising, to the foundation of the Irish and Northern Irish States in Belfast City Hall on Saturday 14th June 2014 under the title. 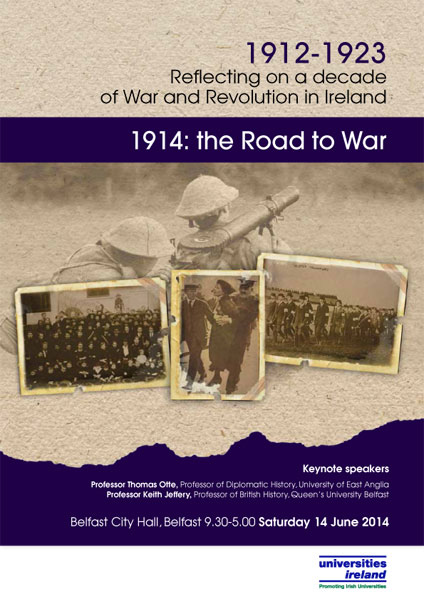