This conference was organised by Universities Ireland, the network of university presidents and vice-chancellors from Ireland and Northern Ireland founded in 2003. Universities Ireland runs North-South scholarship schemes (including one for PhD students working in the 1912-1923 period); links Irish universities with their counterparts in Britain and Africa; supports persecuted scholars from countries where freedom of expression and inquiry is under threat; and undertakes a number of other initiatives to bring Irish and Northern Irish universities closer together. It is managed by the Centre for Cross Border Studies.

The Universities Ireland Historians Group was started in 2011. This conference is the eighth in a series of annual conferences that will continue until 2023, and is part of a multi-annual programme of activities led by the Universities Ireland Historians Group to reflect on the 1912-1923 period in Irish history. The aim is that this will be a scholarly and sustained initiative, and thus a unique contribution to reflection on a decade of history-changing events by the island’s intellectual leaders, the 10 universities (and, in particular, their Departments of History). The programme included research scholarships for young historians; lobbying British and Irish museums and archives to enhance access to key historical materials from the period; collaborative history teaching initiatives, and joint conferences and seminars.

Following on from last year’s ‘Propoganda and Mobilisation’ conference, the focus of this year’s session is the post-war general election of December 1918.  This was one of the most important events in Ireland’s modern history. Constitutional nationalism was swept away by the reborn republicanism of Sinn Féin in three of Ireland’s four provinces. It was not, however, an unvarnished triumph for the more radical Irish nationalism forged by Easter 1916 and the conscription crisis of 1918. The unionist position in North-East Ulster was further entrenched and the outlines of a future partitioned island became apparent from the electoral map.

While the revolutionary outcomes of the election have dominated historical analysis, it was also the most democratic election seen in Ireland up to that point. For the first time all men could vote, as could most women over 30 years of age. The electorate swelled from 800,000 to two million voters, providing a unique opportunity for radical political change.

The aim of this conference is to explore both the high politics of the moment and its wider social context. Why did Sinn Féin triumph? How did the enfranchisement of women shape the election and the status of women in society? How did unionists and Britain respond to the republican challenge? How was the election shaped by local and global concerns during a period of rapid revolutionary change? 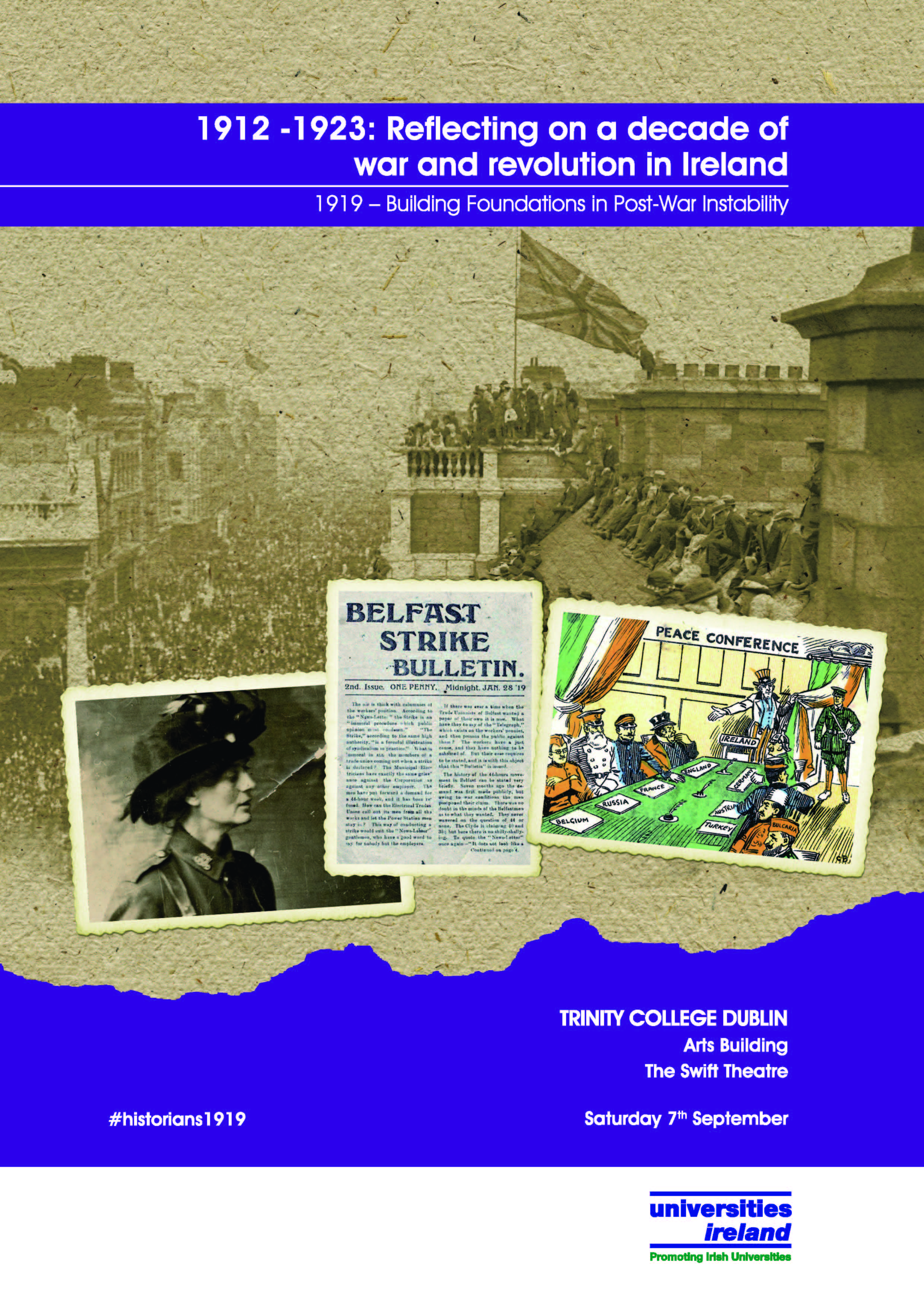